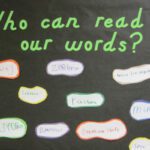 Gallery image with caption: Encourage Spelling Risk-Takers with a Bulletin Board 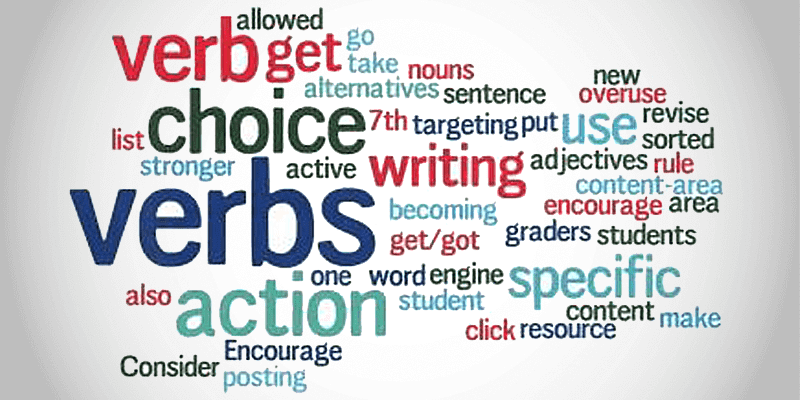 Word choice instruction often focuses on adjectives and nouns. But you also want to encourage students to unlock the power of verb choice.

Listening to hallway conversations, Indian Springs Middle School teacher Jann Johnson noticed that “get” and “got” were becoming the verbs of choice for her 7th graders. She compiled a list of actual student statements and put them to paper. When talking about word choice in writing, she then gave the students the list and thanked them for creating their own lesson. (Some of the students even recognized themselves in the statements!) To revise the “get/got” verb choice, they had one rule — the students were not allowed to use a new action verb more than once. Since the activity, Jann said her students have become more aware of the overuse of “got” in their own writing. “It has become our new word to avoid,” she said.

Choosing words is kind of like choosing food from the food pyramid; that’s John Stoffel’s (Flint Springs Elementary, Huntington, IN) analogy. Young writers use words from the top of the pyramid like “make,” “said,” “went,” and “happy” out of habit. We get hooked on these words just like we do on potato chips and candy, for example. Neither weak words nor potato chips supply real energy.

After discussing his food pyramid analogy, John read aloud a poem that had great word choice and synonym variety, especially for the word “talk.” Then he drew a triangle on the board and divided it into three parts, like the food pyramid. The class then revisited the poem and picked apart all the synonyms for “talk” and placed them in the most appropriate section of the pyramid.

The lesson ended with students working to create word choice pyramids for other typical words such as like, make, went, said, hit, mad, sad, and so on.

Before drafting their writing, have students pre-write a list of verbs.

As students pre-write, encourage them to use nouns and adjectives but also specific verbs they associate with a particular topic. Think of verbs as the engine of the sentence. The more specific and active the verb, the more powerful the sentence. Brummitt Elementary (Chesterton, IN) teacher Susan Hall has developed a fabulous “grocery-list” pre-write that works for her second graders. I love it for any grade!