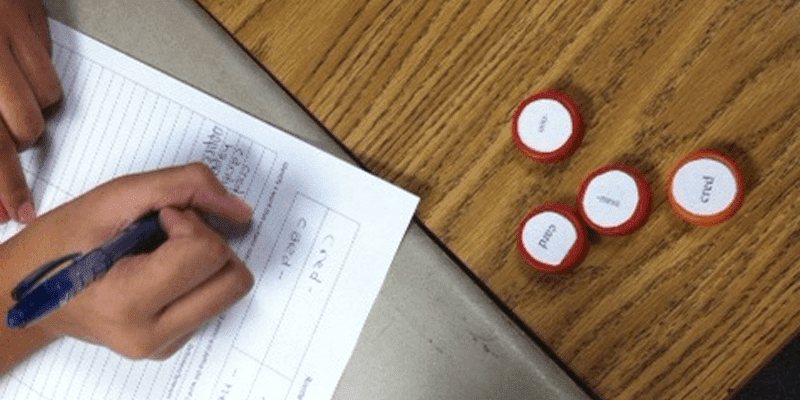 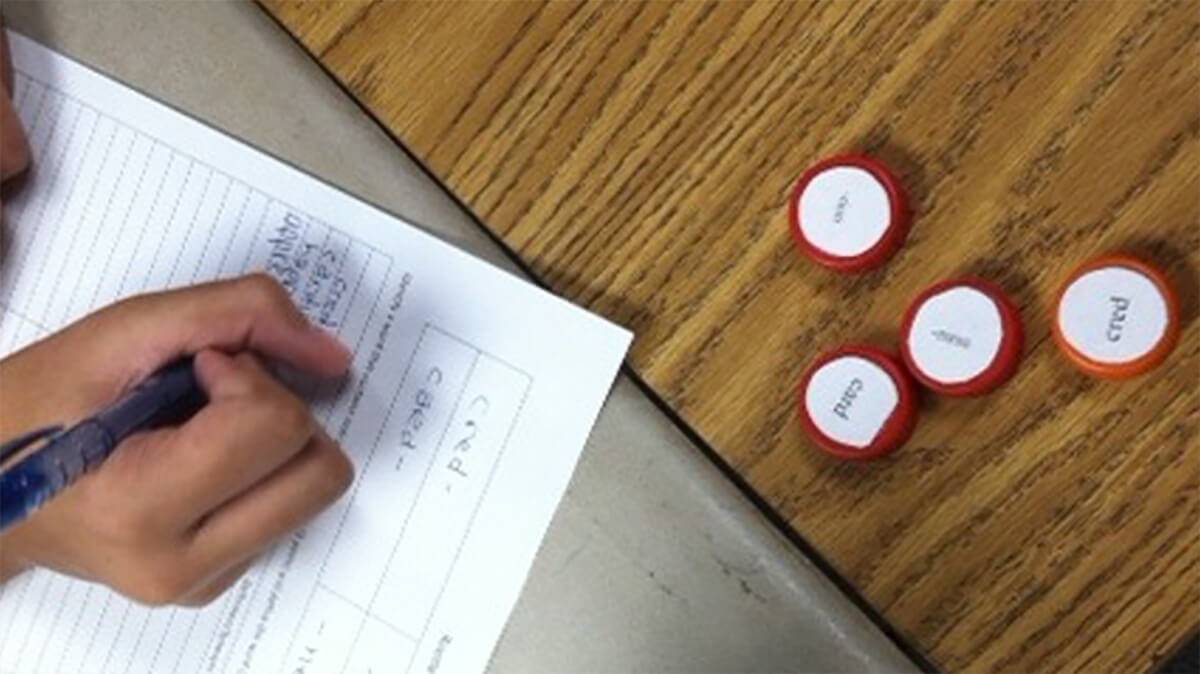 Beyond the direct instruction of specific terms, there is power in teaching students about root words. (A root word is any word part that carries meaning. There are three types of root words: prefixes, suffixes, bases.)

In his book Building Vocabulary with Green & Latin Roots, Dr. Tim Rasinski revealed that knowing the meaning of a single root typically generates the meaning of 5-20 English words, and up to 30 words. That’s huge!

Armed with the ability to breakdown more difficult words as text increases in complexity, students can note prefixes, suffixes, and bases to ascertain the meanings of new and unfamiliar words. This is known as the generative principle: one root can generate the meaning of 30 or more words.

There are lots of activities and lessons out there on teaching root words. But here are two ideas developed by Beech Grove Middle School (Beech Grove, IN) teachers Sara Wiley and Janell Watson that are some of the best I’ve ever seen.

First, they define for their students the three types of root words using a bicycle graphic. Notice the prefix is the front wheel because it comes at the beginning of words and the suffix is located at the back to show that it is found at the end of the word. Bases anchor the middle of a word. This is such a powerful visual to introduce students to the functions and purposes of root words. 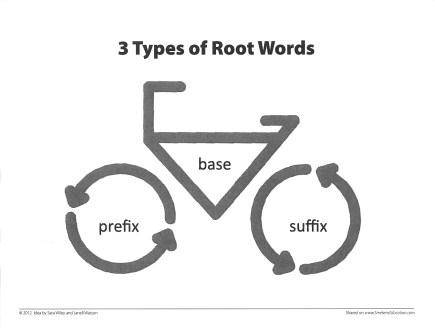 Then, Sara and Janell show their students the real power of roots and the generative principle in the game they invented and call Rootle. They saved dozens of plastic caps from 2-liter bottles. Then, they made a template to match the cap size and typed in the root words they wanted to tackle. Using the Microsoft Publisher templates (Word version), they printed, cut, and glued a root word to each bottle cap. 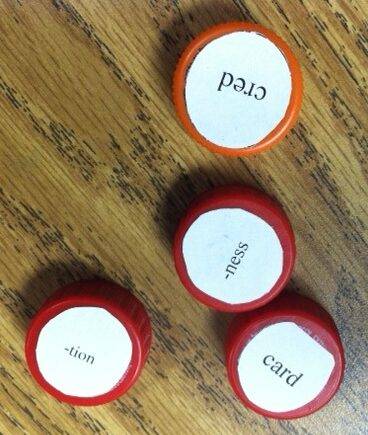 To play the game, student-pairs reach into the container and select 4 root-word caps. They write those roots at the top of the Rootle handout (Word version). Then pairs race to generate as many words in the left column as they can that contain one or more of the roots. Students can race against each other–first team to fill up all the lines wins. Or, they can race against the clock–the team with the most points at the end of a time limit wins. (In addition to thinking of the word, the students need to consider how the root impacts the word’s overall meaning and write out its explanation in the second column. If students can determine the meaning of the word on their own, they get two points. If they have to consult a dictionary or thesaurus, then they only earn one point.)

Although you could play Rootle by just assigning roots or using slips of paper, Sara said that her middle schoolers love the tactile nature of the lids. Not only do they tend to move the caps around as they play, trying to visualize new words, they also love the anticipation of drawing out the four lids at the start of the game. Sara described the students’ shaking the container (a recycled baby-wipe bottle) like “shaking the big ball before the lottery balls are drawn.”

With creative ideas like these, who wouldn’t want to start up a Root Rally in their own buildings. Thanks so much for sharing your creativity, ladies!

ROOTLE is also available on TeachersPayTeachers as a free resource. 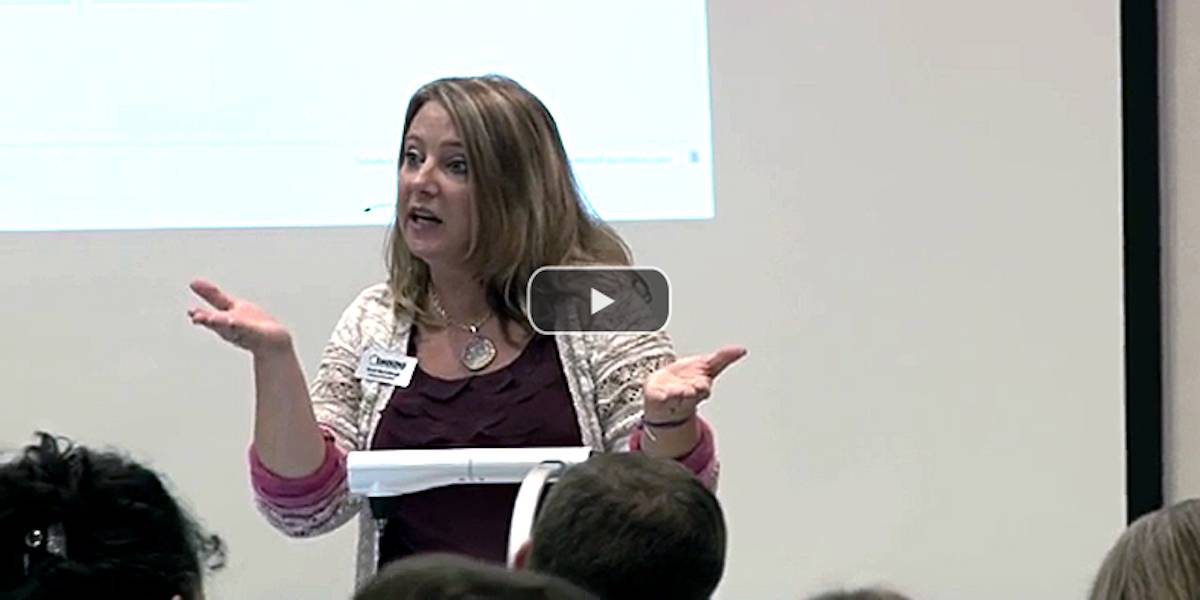 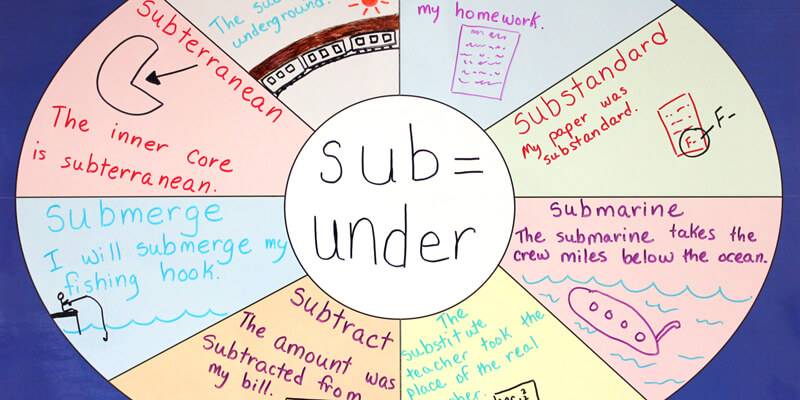