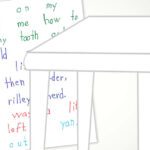 Develop Paragraphs–One Sentence at a Time 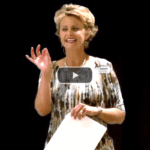 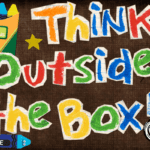 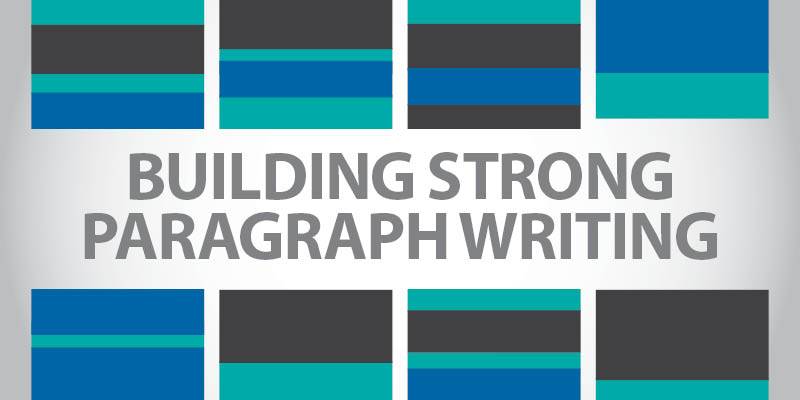 Teaching students to write paragraphs requires us to reconsider what we learned as the hard and fast rules of writing. We cannot continue to tell students that paragraphs must include a specific number of sentences and also have a literal topic sentence. In fact, paragraphs can come in many lengths and serve multiple purposes. Depending on the type of paragraph written, the length and organization will vary.

After researching and studying paragraph types for a session delivered at the 2010 Literacy Retreat, Kristina Smekens realized that there are eight common types of paragraphs that serve different purposes and functions. Read below or access the printer-friendly format.

Description is not a stand-alone genre; descriptive paragraphs are in every genre. This type of paragraph unfolds slowly, allowing the reader to enjoy every part. Like a magnifying glass, description focuses in on close-up details.

EXAMPLE: Mosquitoes are dainty-looking little creatures, no bigger than a quarter of an inch with a head no larger than the head of a pin. But they are also amazing, daredevil, fighter-bomber kinds of flyers. Some species of mosquitoes can dodge raindrops and arrive at their next meal totally dry. They can hover, loop-the-loop, and fly upside down, sideways, and backward. That makes them hard to swat.
Oh, Yuck!: The Encyclopedia of Everything Nasty, Joy Masoff

EXAMPLE: I spun the ball a few times in my hand, put my right foot forward against the line, and popped up a shot. It went in, and I was pretty proud of myself.
The Million Dollar Shot, Dan Gutman

Sequence paragraphs also include action, like narrative paragraphs, but they lack the description. They are very concise and use efficient vocabulary to convey a process or chronology of events. The emphasis of these paragraphs is the outcome, product, or event/result.

EXAMPLE: The following morning the Union army, armed with fresh reinforcements, attacked. After several hours of fighting and heavy losses, Beauregard and his troops retreated to Corinth. Johnston had been killed the first day of battle.
The Split History of the Civil War, Stephanie Fitzgerald

Definition paragraphs are to aid the reader and to build on the audience’s background knowledge. These paragraphs tend to be short and can appear in both fiction and nonfiction.

EXAMPLE: A polar orbit is an orbit that goes from north to south around Earth. It passes over areas called the North and South Poles. As Earth spins beneath the satellite, the satellite watches the planet’s whole surface over time.
Science Missions: Mapping Earth from Space, Robert Snedden

Individual paragraphs can show similarities and/or differences between terms, ideas, people, places, texts, etc. These paragraphs help the readers learn about new and unfamiliar ideas by comparing them to old and familiar ones.

EXAMPLE: Marcy unlocked the door to our new home. The house was smaller than the Merrions’ and bigger than the little one at the edge of the field, but with hardly any space between it and the house on either side.
A Dog’s Life, Ann M. Martin

In problem/solution paragraphs, the majority of the sentences deal with the solution. Often, the “problem” is the topic sentence with “solution” details to follow.

EXAMPLE: Try this remedy [for de-skunking] instead. Fill a bathtub with warm water and a few squirts of dishwashing liquid. Add some water to half a cup of baking soda and mix it into a paste. Now toss the offending body (whether that’s you, or your dog or cat) into the tub and rub the mixture all over. Follow with a vinegar rinse. Then rinse that off with soap and water. This works a whole lot better than tomato juice.
Oh, Yuck!: The Encyclopedia of Everything Nasty, Joy Masoff

Question paragraphs are used infrequently. Sometimes they are questions posed by characters in fiction. Or, authors can pose rhetorical questions to the reader.

EXAMPLE: Was it right to use chemical warfare? The U.S. government argued that it was an economical way to deprive the guerrillas of camouflage and food. Others countered that the use of poisonous chemicals was unjustifiable under any circumstances.
Living Through The Vietnam War, Cath Senker

The opinion sentence (or claim) tends to be the topic sentence followed by several sentences that include observations, facts, and examples that prove the claim. This has a strong role in expository and persuasive writing, but characters can also draw conclusions in literature and support their thinking with observations.

EXAMPLE: Jonah glanced over at his friend, who did indeed look shaky. Even in the dim light of the basement, Jonah could tell that Chip had a panicky sheen of sweat on his face. Chip’s curly hair was mashed down because he kept clutching his head, like he had to work hard to hold himself together. He seemed about one step away from being one of those loony types who mumbled to themselves on the street downtown.
Found: The Missing, Book 1, Margaret Peterson Haddix

No genre is made up of a single paragraph type. For example, within a comparison/contrast piece, the majority of the paragraphs may be compare/contrast. However, it’s likely there would also be some descriptive paragraphs and definition paragraphs as well. When developing a paragraph, consider the information you have to work with and the purpose or reason you want to share it with the reader. Then identify the paragraph type that will best convey those details to the reader.