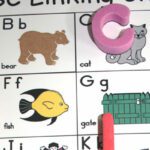 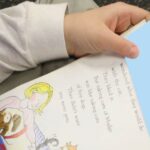 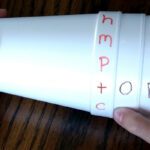 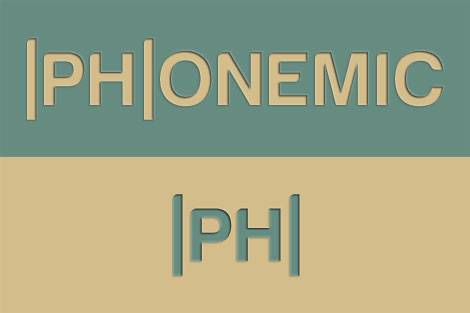 FAQ: How do I teach phonemic awareness (sounds), without teaching phonics (the letters that make those sounds)?

Answer: Reading research shows that the method most of us learned to read (i.e., solely using phonics) is handicapping students. When students learn that a letter makes a particular sound, then they assume there are 26 sounds. However, with all the exceptions and letter combinations, there are, in fact, more than 40 sounds in the English language.

With just a phonics understanding, (i.e., “p” says /p/), then students quickly question why classmates Sophie and Phillip don’t pronounce their names as So-p-hie or P-hillip. When teachers declare that a “c” says /k/ like in “computer” or “cat,” then students wonder why “city” isn’t pronounced as “kitty.” They need to know the /s/ sound is often made by the “s,” but it could be the “c,” like “circle” or “city.”

When instruction is limited to only phonics–then there are lots of rule exceptions and reader confusions. Therefore, establish a foundation of phonemic awareness first. Provide plenty of time for students to hear sounds: count sounds, slide sounds, blend sounds, and stretch sounds. First build students’ ability to hear and say a sound before revealing the letter(s) or letter combinations that make that sound. Taking the time to do this will make them stronger decoders and word attackers in their reading. To target sounds only, use pictures rather than letters. Whether students cut images out of magazines (or the teacher provides them), they are to group them by sound. For example, have students work with partners to sort pictures that make a /k/ sound. These may include images like a kite and cookie. Later, after revealing that the /k/ sound could come from a variety of letters, the students go back to the same picture sorts and label the pictures with “k” or “c.” (Eventually, when teaching sounds in the middle of words, introduce that the same /k/ sound may come from a letter combination–“ck.”)

By starting with phonemic awareness, students don’t get in the habit of assuming that every sound is always represented by the same single letter. They learn that there are potentially more than one letter/letter combination that could create the same sound. This creates stronger readers and word attackers.