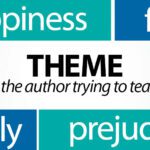 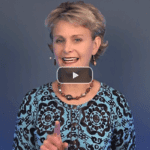 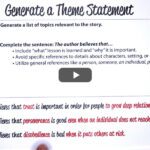 Authors of informational text present their ideas and support them with specific reasons and evidence to convince the reader. But, readers also question the author’s reasoning. Readers should not assume that everything in an informational text is true.

Start instruction with a visual trigger

Using the little plastic “table” found in a pizza box, explain its purpose, to hold up the lid. In the same way, this visual reminds students that each main idea (table top) requires supporting details and evidence (table legs). After providing students with the pizza-box table trigger, they need to practice this skill. Begin a text and tell students the author’s main idea. Tell students, This is what the author wants you to believe. Then, ask students to identify the supporting details provided within the text to prove that his idea/information is true. How does the author help us believe his statement? This allows students to focus on one aspect of this standard (the table legs), rather than both (table top and table legs).

Continue at this rate for a while, but eventually, you’ll want to have students providing both the author’s main idea (table top) and how he proves it to be true (table legs).

This requires students to delineate which details and evidence go with each main idea. It’s not just a matter of plucking details from the text. They have to pull the right “table legs” to support a particular “table top.”

Ultimately, older students must also be able to evaluate the informational text. They have to go beyond just identifying central ideas and corresponding evidence. They have to judge the quality of the author’s idea. Is the supporting evidence strong enough to hold up the author’s main idea or belief? That requires higher-level thinking. The article deals with the Olympian’s struggles after appearing in his first Olympics in 2014. It ends on a positive note about how after undergoing rehab, he returned to skiing to win silver in the 2018 Olympics. Bridget checked with the guidance counselor at her school to be sure the content was appropriate and was encouraged to include it in the lesson because of its positive outcome and message.