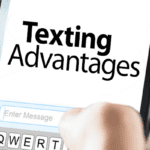 Use Texting to Your Advantage 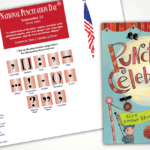 Demonstrate the Power of Punctuation

If you’re still struggling to get students to utilize punctuation marks, then you’ll love this idea by sixth grade teacher Jane Strayer from Thomas Jefferson Middle School (Valparaiso, IN)! She has her students focus on their punctuation use when engaging in oral conversations.

When having a conversation about their weekend or what they ate for lunch, Jane will have them converse while articulating which punctuation marks they would use if they were writing down their conversations. For example:

It seems a little awkward at first, but it doesn’t take long for students to get the hang of it. Of course don’t “speak punctuation” all the time; do it in short spurts. But Jane promises it makes a difference in students’ application of punctuation marks when initially crafting sentences. And that’s the goal! We want to see punctuation as they write–not as an after-thought.

Favorite apps and websites for the strategy listed above include: