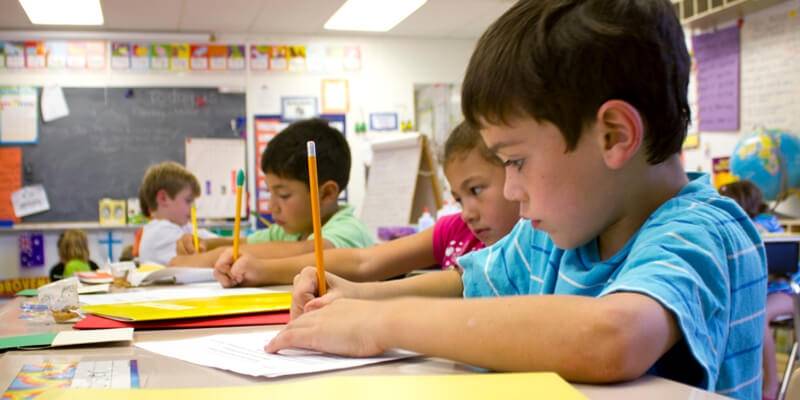 Assess Second Graders Who Use Pictures to Start Writing Q: What do you do with second graders who still use pictures when they begin writing? Some of them take so long on the picture that they don’t get to the writing itself. Should I ban pictures all together (except for the illustration as part of publishing)?

A: First consider that at the beginning of the year these second graders are more like first graders and may have previously ALWAYS written with pictures first and then words. That said, consider first assessing a few things before declaring “no pictures allowed.” These questions might include:

If you find that the picture is more than just a stall tactic to avoid writing, and students are utilizing the picture as a pre-write, consider modeling within a mini-lesson how writers whisper-talk to themselves while drawing. As you recall details about the topic and begin to draw them, voice them too. Then, when you write the corresponding sentences, these details all become part of the details in the draft. In other words, the picture serves as a more purposeful pre-write. It helps them think of the very words they will use in their sentences.

In a couple weeks, you can just have them close their eyes, visualize the event or topic (instead of drawing it), and recall those details. And, as they recall them, they jot them in a list, like a pre-write word bank.
(Top image (C) 2010 woodleywonderworks on Flickr)