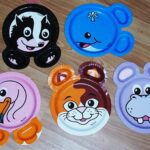 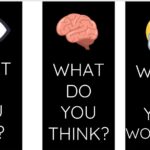 Collecting several postcards from Butchart Gardens in Victoria, British Columbia, Topeka Elementary teacher Cathy Strawser displayed them within her classroom. Each postcard included plants and flowers. Some had statues, others depicted various seasons. Note how much more challenging it is to describe something in black and white. With the absence of color, the writer must rely on other adjectives to zero in on his subject. Cathy then challenged her third graders to each write a descriptive piece using so many details that the reader could identify which of the postcards he was describing. Download the postcard examples from Cathy’s lesson.

This activity led to future quick-write descriptive activities where students had to describe their favorite cereals and then describe a classmate’s pair of shoes. Each activity ended with the students guessing which postcard, which cereal, or which student’s shoes the writer was attempting to describe.