Use Movies to Introduce Comprehension

Use Movies to Introduce Comprehension

After naming and defining each of the comprehension strategies, what if you then showed students a clip from a popular TV show or a familiar movie where the character is demonstrating that thinking strategy? The team at Smekens Education has been working on this idea for a while. Here are some of our current favorite suggestions for the six comprehension strategies.

Using this clip from the movie Up, play 1:55-3:08 when Carl retells his life with his wife, Ellie, through photos in a scrapbook. The present-day images of him holding the scrapbook helps set the time: now versus the retelling of past images of their lives together before she died.

For main idea, the trailer for the movie The Martian would work well. Remember, main idea is what the text is mostly about, but showing the entire movie would take too long. That’s why a trailer works so well.

Within the short trailer, Matt Damon is shown getting on the ship and then getting left alone on Mars. One message is reiterated over and over, Bring him home. That’s the main idea.

For visualization, there are many clips that you could show. A favorite to consider for elementary students is Bedtime Stories (end at 2:35). Rather than reading a traditional storybook, Adam Sandler makes up a bedtime story for his niece and nephew. He makes up the details, and then you actually see the scenes come to life as the two kids visualize the action happening.

For older readers, you might use this clip from Field of Dreams (end at 2:20) when James Earl Jones describes the baseball field to Kevin Costner. Or, show this whole clip from Remember the Titans. As Denzel Washington leads the football team to the site where the Battle of Gettysburg occurred, he describes that historic scene. As the team and other coaches listen, Denzel brings it to life using all five senses.

To introduce reader questioning, we found a clip that’s actually a trailer for a Lemony Snicket book. The entire book trailer plays out in questions. What’s that noise? What’s going on? Who is that? What is happening? At the very end of the trailer, one last question: What’s the name of that book?

For grades 6-12, consider a short excerpt of the riff-off scene from Pitch Perfect (end at 1:15). As one group sings, another group transitions to a new song connecting the texts/lyrics with similar words.

Morgan Dowell, 5th grade teacher from Madison Elementary School (Lombard, IL) uses clips from The Sing-Off. All the songs are connected by a common theme.

Synthesis is putting different ideas together and having a realization, an “aha”. What about the ending of The Wizard of Oz? At the end of the movie, when Dorothy wakes up back in her bed, she tries to explain which characters were in her dream and argues that it was real. Finally, she synthesizes, “It doesn’t matter. I’m home. There’s no place like home.”

Another option would be the part in Tangled that shows Rapunzel lying on her bed looking at a piece of fabric. She sees the starburst image. As she looks up on her canopy, she sees it there, too. She flashes back to a scene with her parents with more images and more starbursts…and that is when she synthesizes. That is when she puts it together and realizes that she is the lost princess.

Sometimes a synthesis isn’t a new thought, but a change in an initial thought. The viewer gets a clearer impression of each of these “characters” at the beginning of the videos. However, by the time the clip ends, his perspective has changed significantly.

Let us know of other movie clips, video clips, and even commercials that would be ideal for introducing the comprehension strategies. Send suggestions to Kristina, and we’ll add them to our growing list. 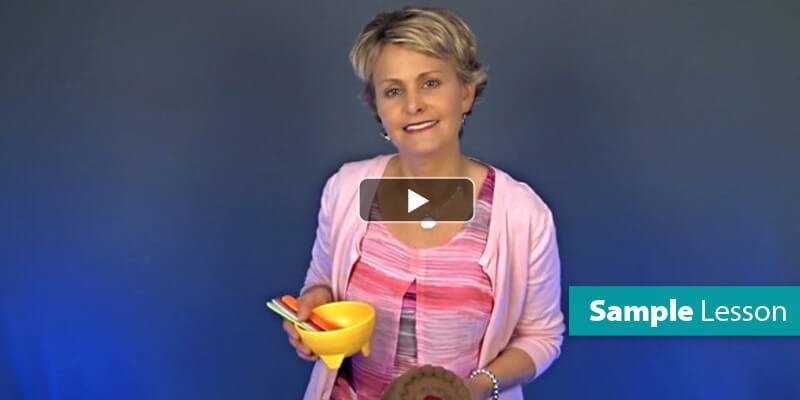 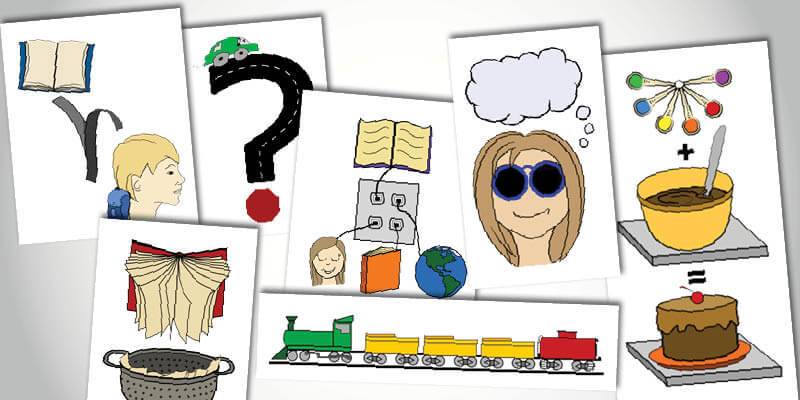 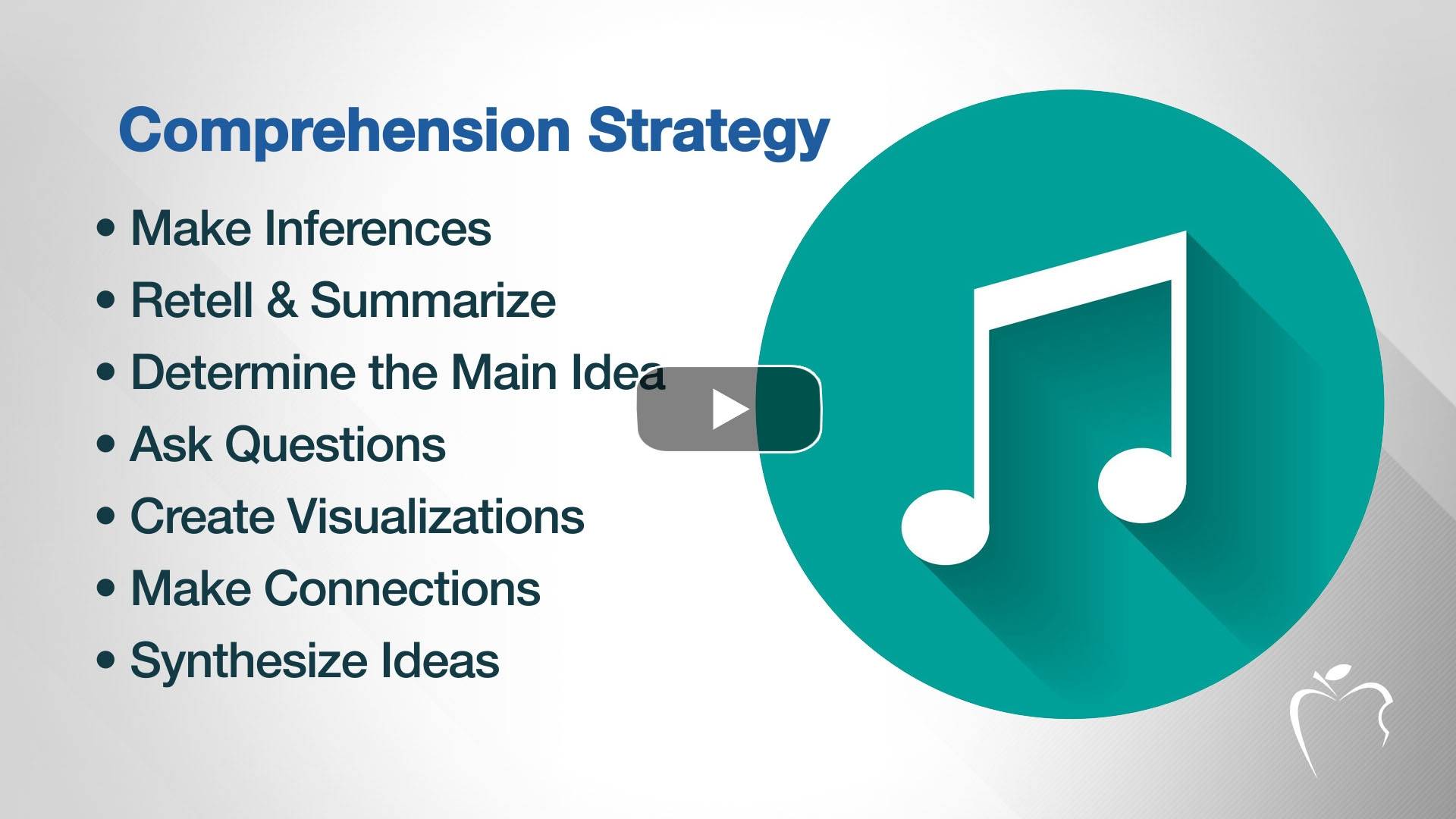 Use Songs to Introduce Comprehension Strategies