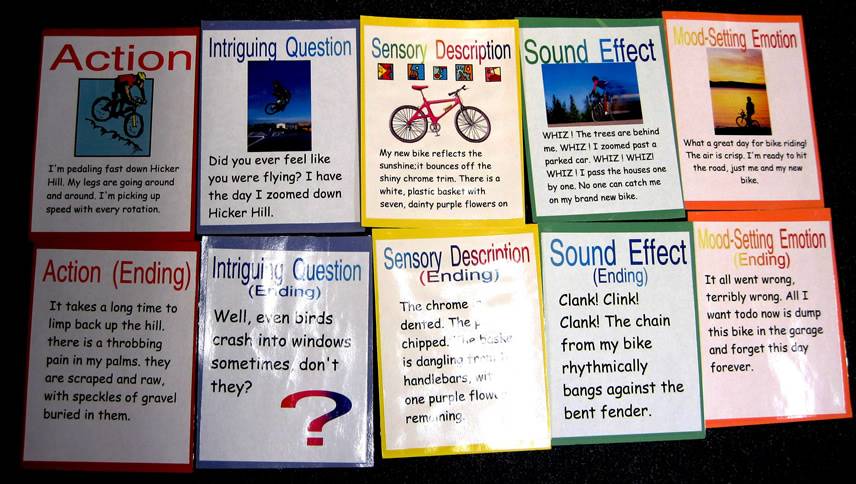 The state standardized writing prompts greet us each spring. Knowing that, making a plan for the year is important. The top two reasons students fall short of passing scores–their writing is too short and lacks development. (Check out 20 Ways to Add Details.)

Let’s dive into the second most common reason students don’t pass–their writing lacks cohesiveness or completeness. In other words, they don’t have the 3-part combination including a beginning, middle, and end. They may have a beginning (or hook sentence), but after developing the middle, the piece just stops with a canned one-liner, like “The End” or “That’s all I know. Hope you liked my story,” or “Good-bye,” or “Thank you for reading this.”

After studying passing-score expectations for ISTEP (Indiana), ISAT (Illinois), and numerous other state assessments, it is clear that there is a high expectation for the trait of organization. The piece must have evidence of a beginning, middle, and ending.

If your writers are not habitually writing beginnings and endings for their middles, it’s time to make that a specific focus of instruction.

To help students get some practice with this concept, start by sharing an oral story about a bike crash you experienced:

I was riding my new bike faster and faster. Then, all of a sudden, my wheel hit a pothole and I went flying. End over end I somersaulted in the air. When I touched down again, I didn’t just crash. I slid. I skid. I skimmed across the road. When I came to a stop, my elbows and knees were bleeding. My hands hurt.

Consider the above to be the “middle” of a piece of writing. Use this same “middle” over and over, while orally reciting several different beginning/ending combinations. Some examples might include:

Beginning: I was pedaling fast down Hicker Hill on my brand new bike. My legs were going around and around. I remember picking up speed with every rotation.

Ending: It took a long time to hobble back up the hill, hauling my bike parts. There was a throbbing pain in my palms. They were scraped and raw, with speckles of gravel buried in them. Man, did they burn!

Beginning: My new bike reflected the sunshine; it bounced off the shiny chrome trim. There was a white, plastic basket with seven, dainty purple flowers on the front. I swung my leg over it and began my first ride.

Ending: But, no matter how banged up I was, you should have seen my not-so-new bike. The chrome was dented. The paint was chipped. The basket was dangling from the handlebars, with only one purple flower remaining.

Beginning: Did you ever feel like you were flying? I have–the day I zoomed down Hicker Hill on my brand new bike.

Ending: Well, all I can say is you’ve seen a bird fly and crash into a window before, haven’t you?

Beginning: What a great day for bike riding! The sun was shining. The air was crisp. I was ready to hit the road, just me and my new bike.

Ending: It all went wrong, terribly wrong. All I want to do now is dump this bike in the garage and forget this day forever.

Beginning: WHIZ! The trees were behind me. WHIZ! I zoomed past a parked car. WHIZ! WHIZ! WHIZ! I passed mailboxes one by one. No one could catch me on my brand new bike.

Ending: CLINK! CLANK! CLUNK! The chain from my bike rhythmically banged against the bent fender, as I hauled my once-new bike back to the house.

Note: You don’t need many details about the crash itself because the “middle” isn’t the important part of this lesson. The key is that students hear patterned beginnings and endings. Download these examples.

The greatest advantage to such a technique is that students are immediately thinking of their ending before they even write the beginning. They know where their pieces are going. Producing a “meaningful whole” with a beginning, middle, and end is essential for on-demand writing.

This can be incorporated into primary-grade writing, too. This concept of tying the beginning and ending together is applicable even for young writers. Although it may not be a multi-sentence beginning with a multi-sentence ending, a single sentence is definitely doable. Check out these two examples by Bright Elementary School (Bright, IN) first graders in Linda Schmidt’s class. They are fabulous! Download student examples.

Give students opportunities to play with the yo-yo effect in the next couple weeks. Here are a couple in-class activities that will target this beginning/ending combination:

Today I collected a 5-paragraph paper from my students. They all seemed to struggle with the intro and conclusion. I used your story of the bike crash in all 5 of my classes. I challenged them to use an onomatopoeia in the intro as well as the conclusion. The results were amazing! 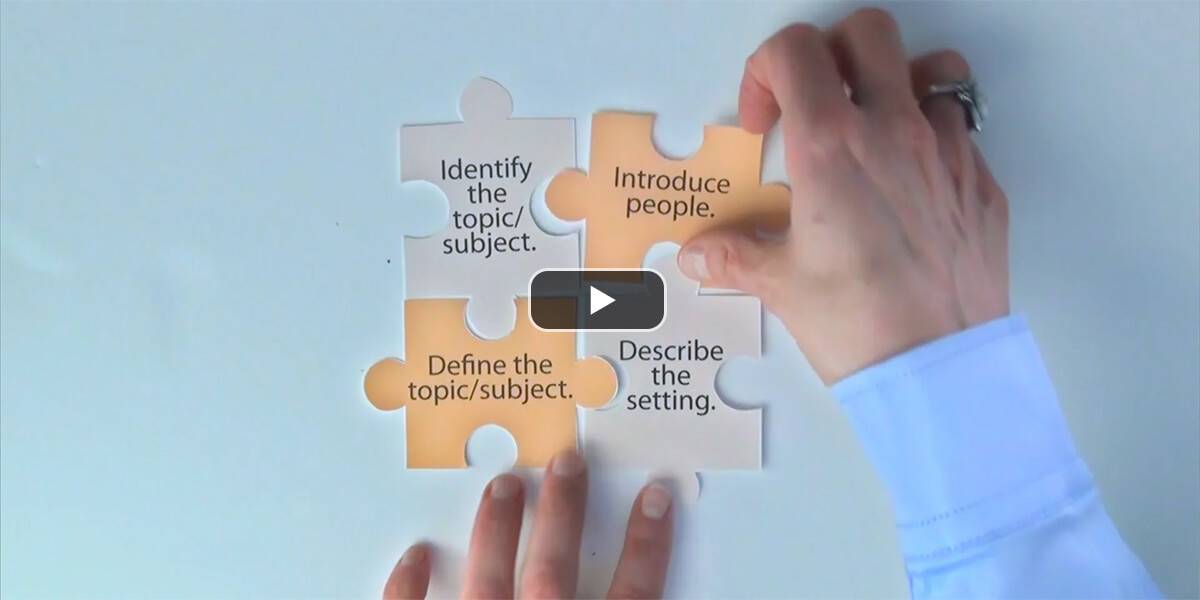 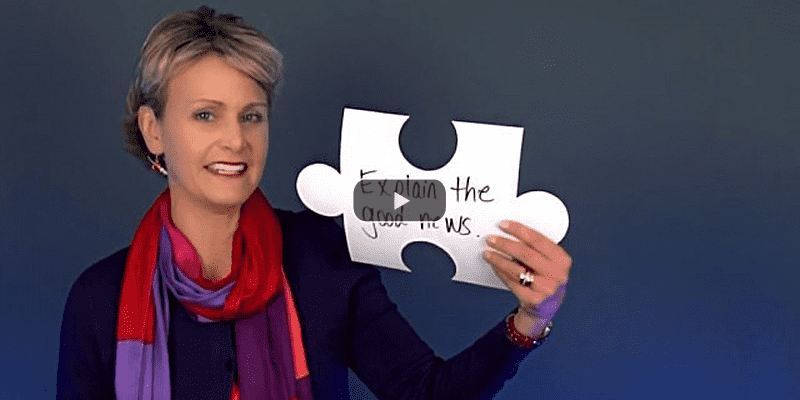