FAQ: What should we expect from PK-1 opinion writers?

ANSWER: When primary students write opinion pieces, expect them to include a beginning, middle, and end. However, like any other writing expectation, plan to scaffold instruction to help them achieve that goal. Start with the beginning or first sentence. 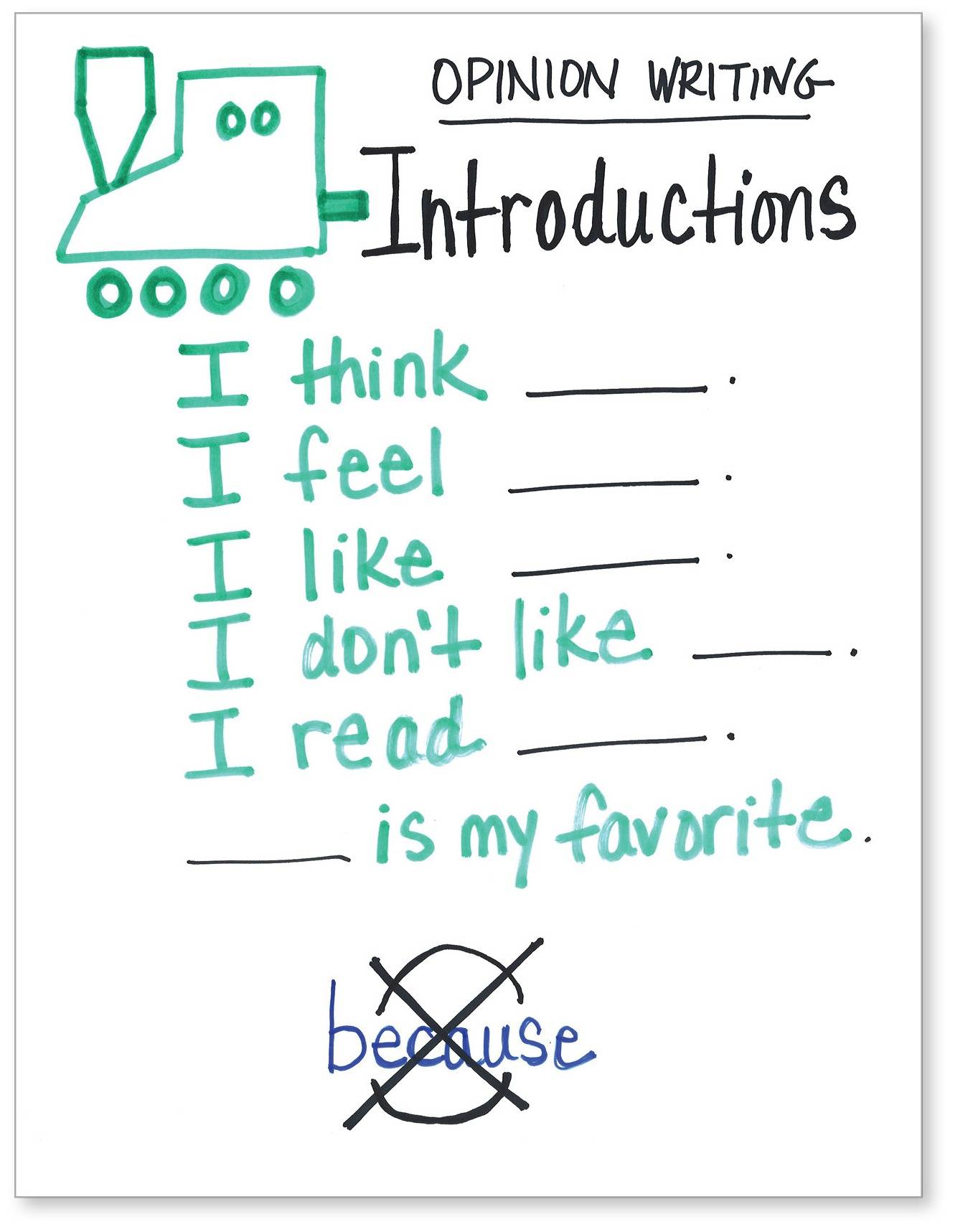 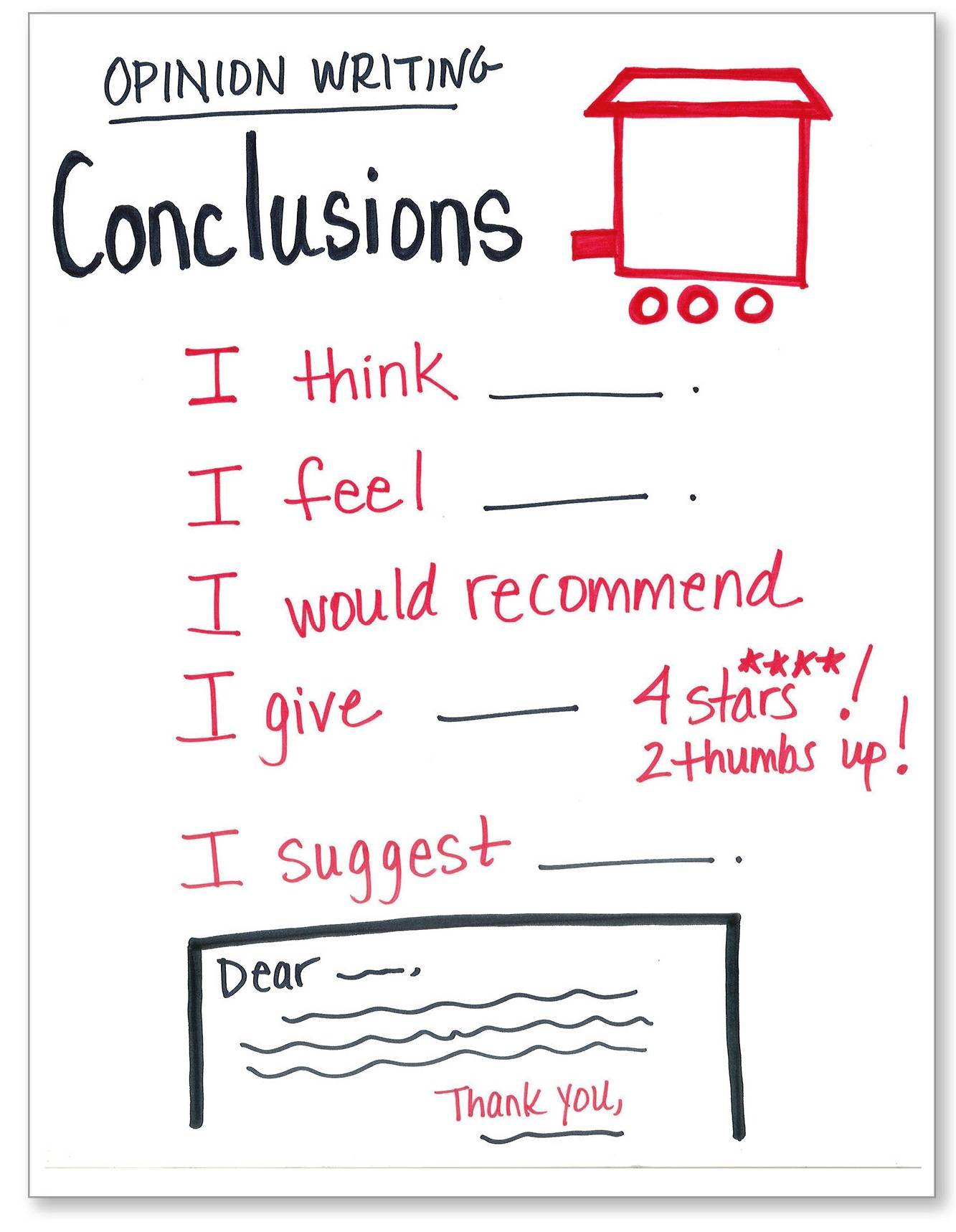 The beginning of opinion writing, or the introduction, is like the train engine. Students express in this first sentence what they think or how they feel. Keep in mind that students can write about more than just things they like. They could also write about things they dislike or things they would like to change. Opinion writing could focus on free-choice topics or be tied to their reading.

While explaining what to include within the first sentence of an introduction, you also need to explain what not to include. When students share their opinions, they often follow through with an explanation. However, we don’t want the “because” statement as part of the first sentence. We want them to save their “because” reasons for the middle.

When teaching the middle, introduce students to the What and Why structure. The beginning reveals what the writer thinks or feels. The middle explains why he thinks or feels that way. The middle provides the reasons. Initially, expect a single reason stated within a separate sentence. Then push for two and ultimately three reasons.

Provide blackline masters to write or draw what they think and why. As you progress toward teaching the end, have students tape the engine (beginning) to the middle cars (middle) as they develop their reasons. Eventually, you need to introduce them to the caboose (end), the conclusion to the train.

The writing standards simply state that primary students need to “end with a sense of closure.” A typical strategy to achieve this is to restate the opinion. (NOTE: If students are writing a review or recommendation, this is also where they might include their thumbs-up/thumbs-down rating.)

After reading Duck! Rabbit! (Amy Krouse Rosenthal), students were asked to write if they believed the character was a duck or a rabbit. (The pages within this picture book offer evidence for both.) Here is an opinion writing generated from a St. Patrick’s School (Louisville, KY) first grader. It presents the what and why structure within a beginning, middle, end format. 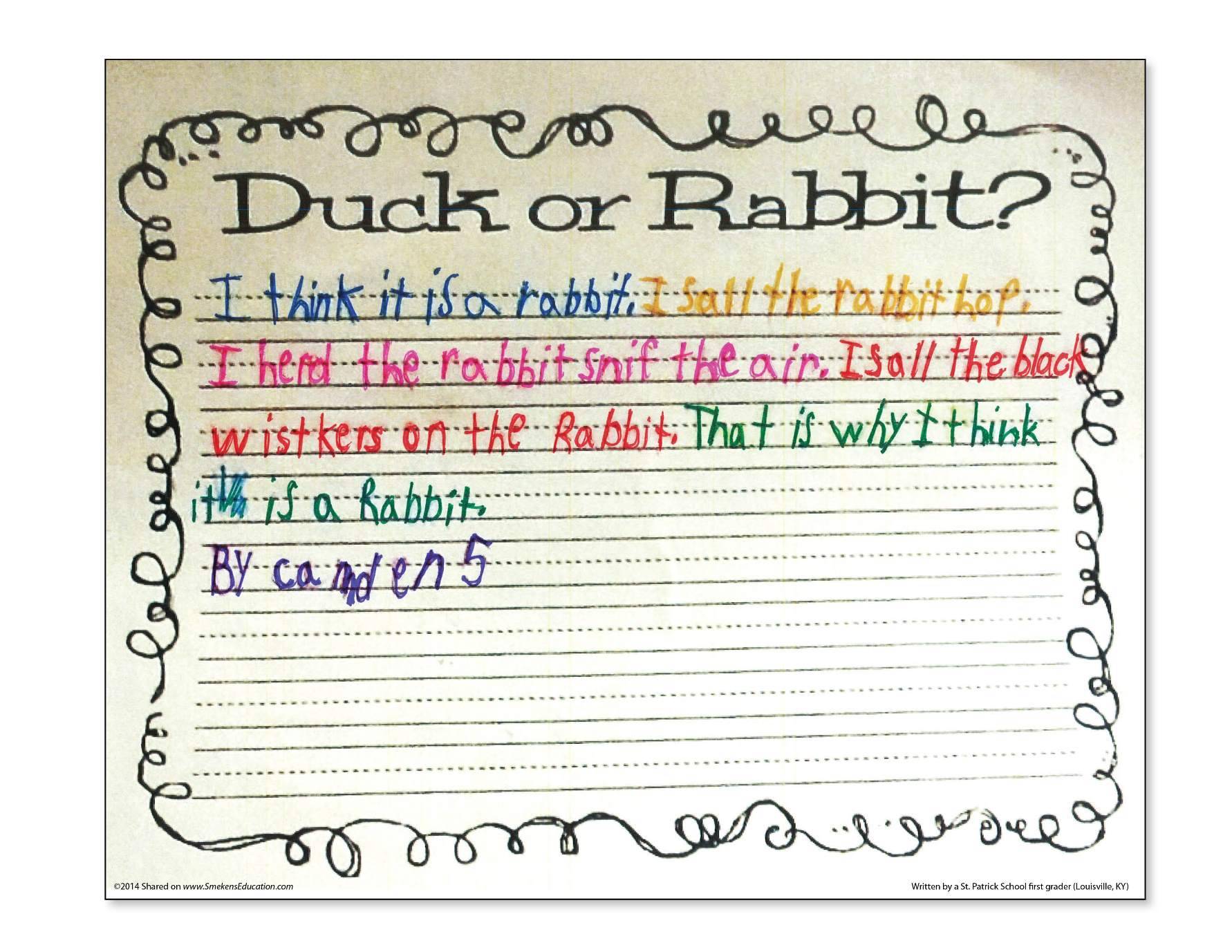 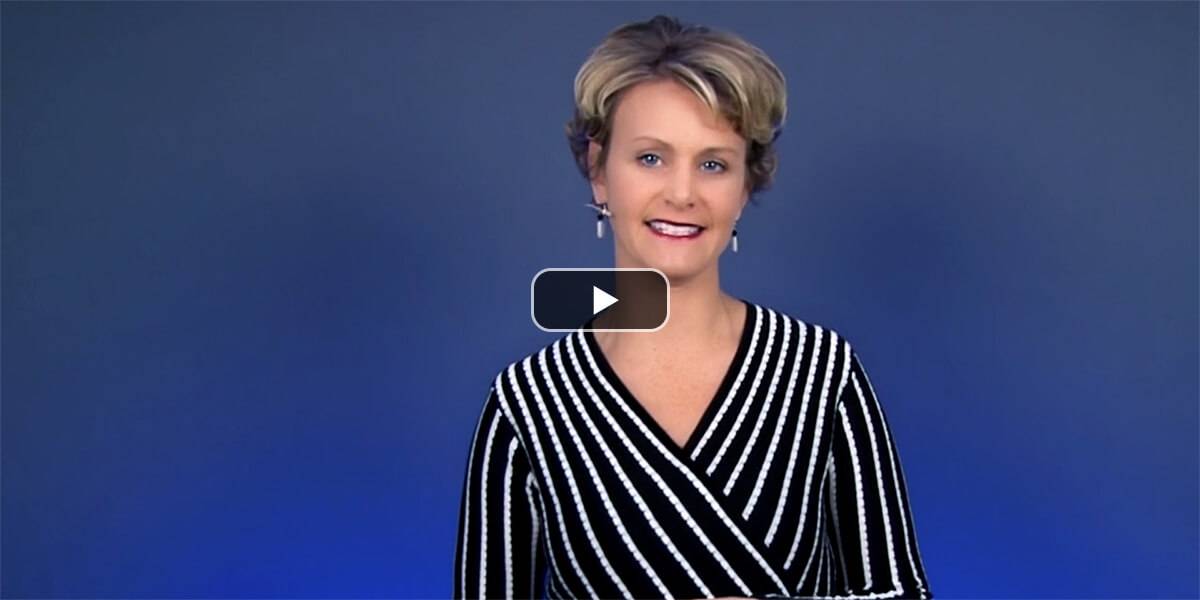 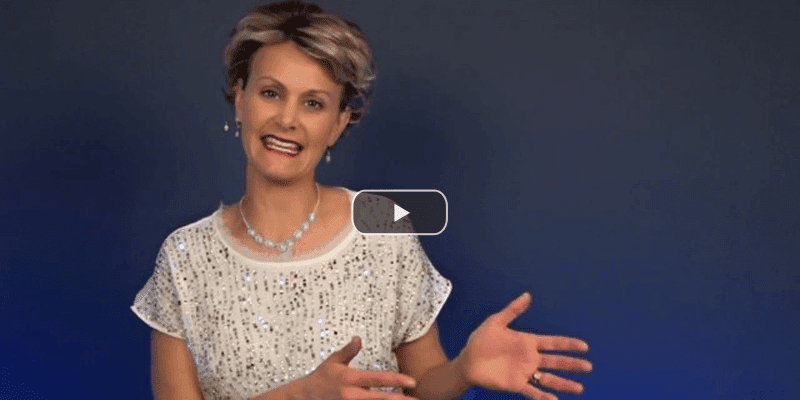 Require WHAT & WHY in Primary Opinion Writing 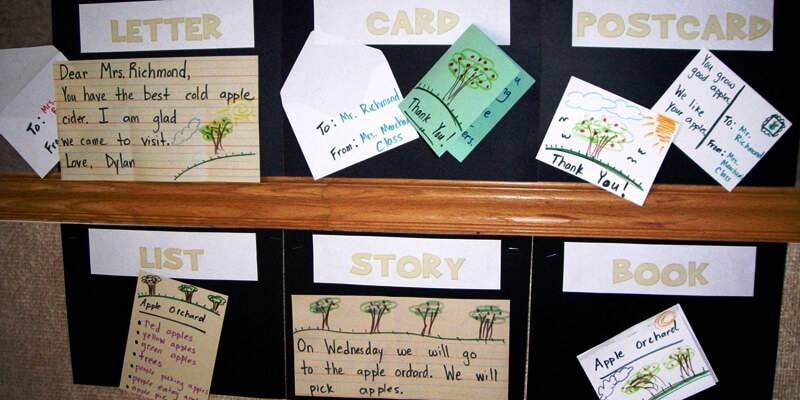 Reveal the Different Purposes for Writing