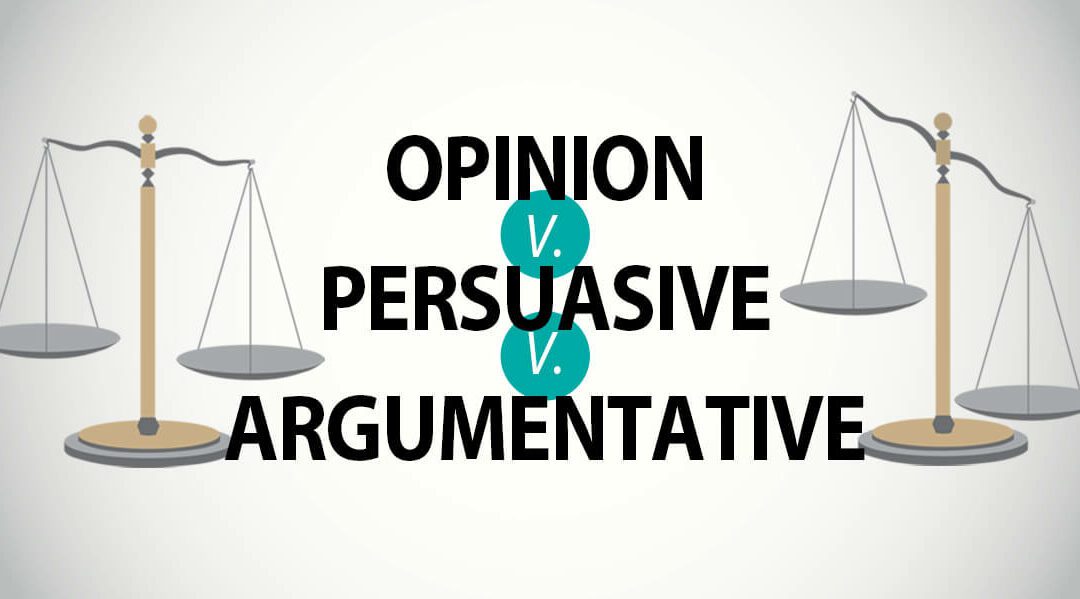 The adoption of college and career-ready standards has included an addition of argumentative writing at all grade levels. Interpreting expectations among the types of argument (e.g., opinion, persuasive, argument, etc.) can be difficult. Begin first by outlining the subtle, but significant differences among them. Download a chart that defines each and their purposes, techniques, components, etc. It’s helpful to compare what students already know about persuasive writing as you introduce them to the new and less familiar concepts of argumentative writing. 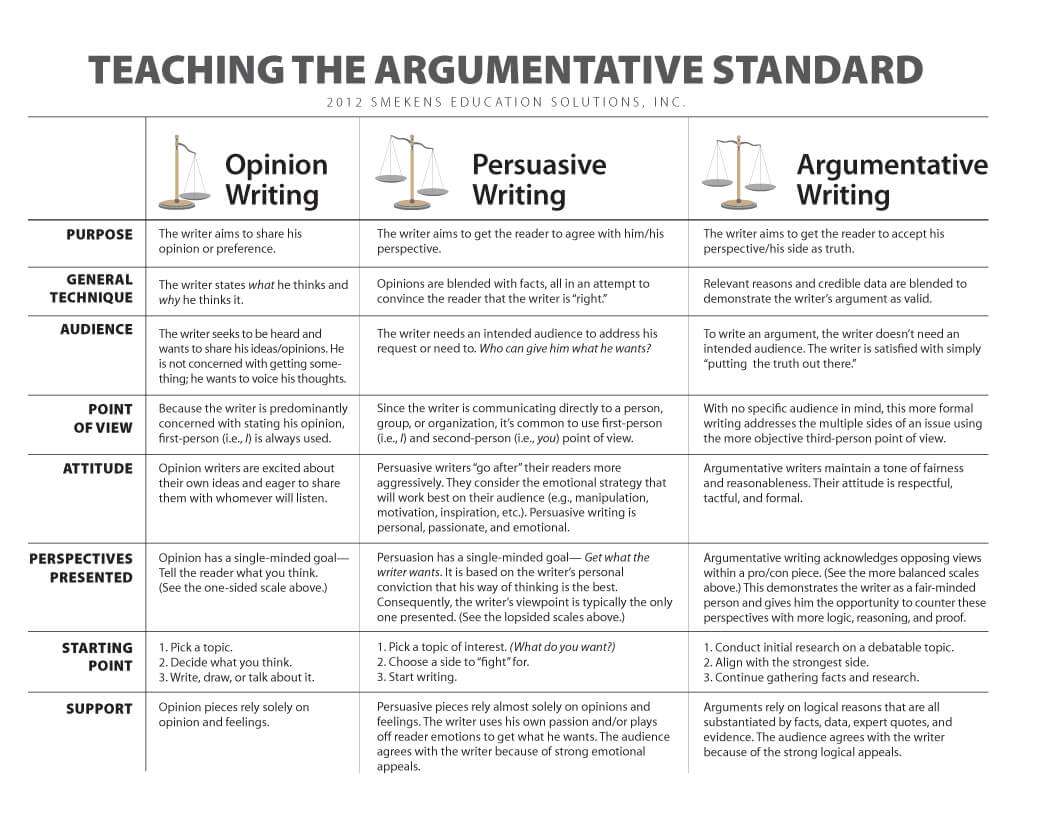 Within persuasive writing, the author presents one side of a topic or issue. There is little to no acknowledgment of the opposition. That’s one of the biggest differences between the persuasive and a more sophisticated argument. It requires the development of both sides of an issue, offering several claims for one side while acknowledging that there are valid counterclaims from the opposition. Argumentative writing is not about winning to “get” something, but rather giving the reader another perspective to consider on a debatable topic. 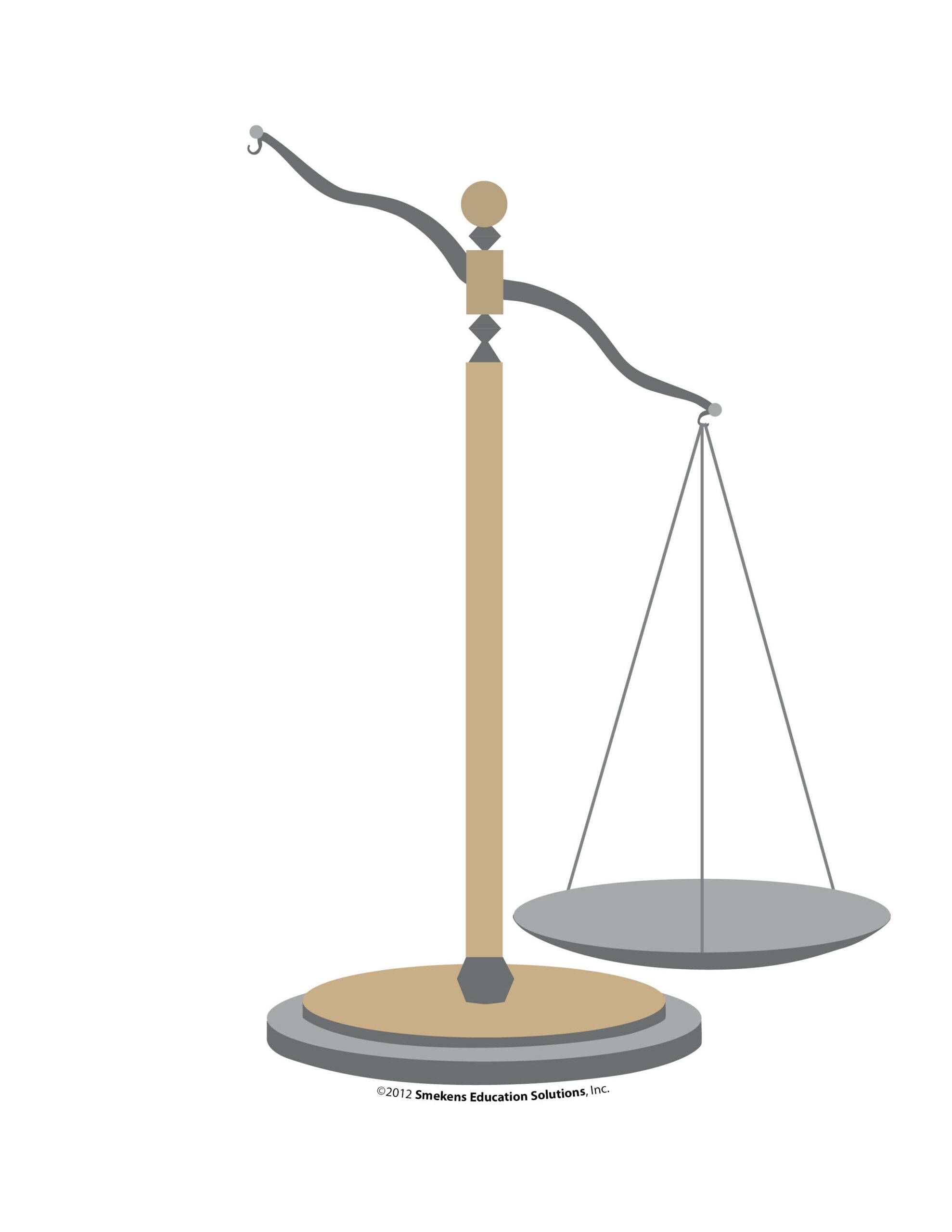 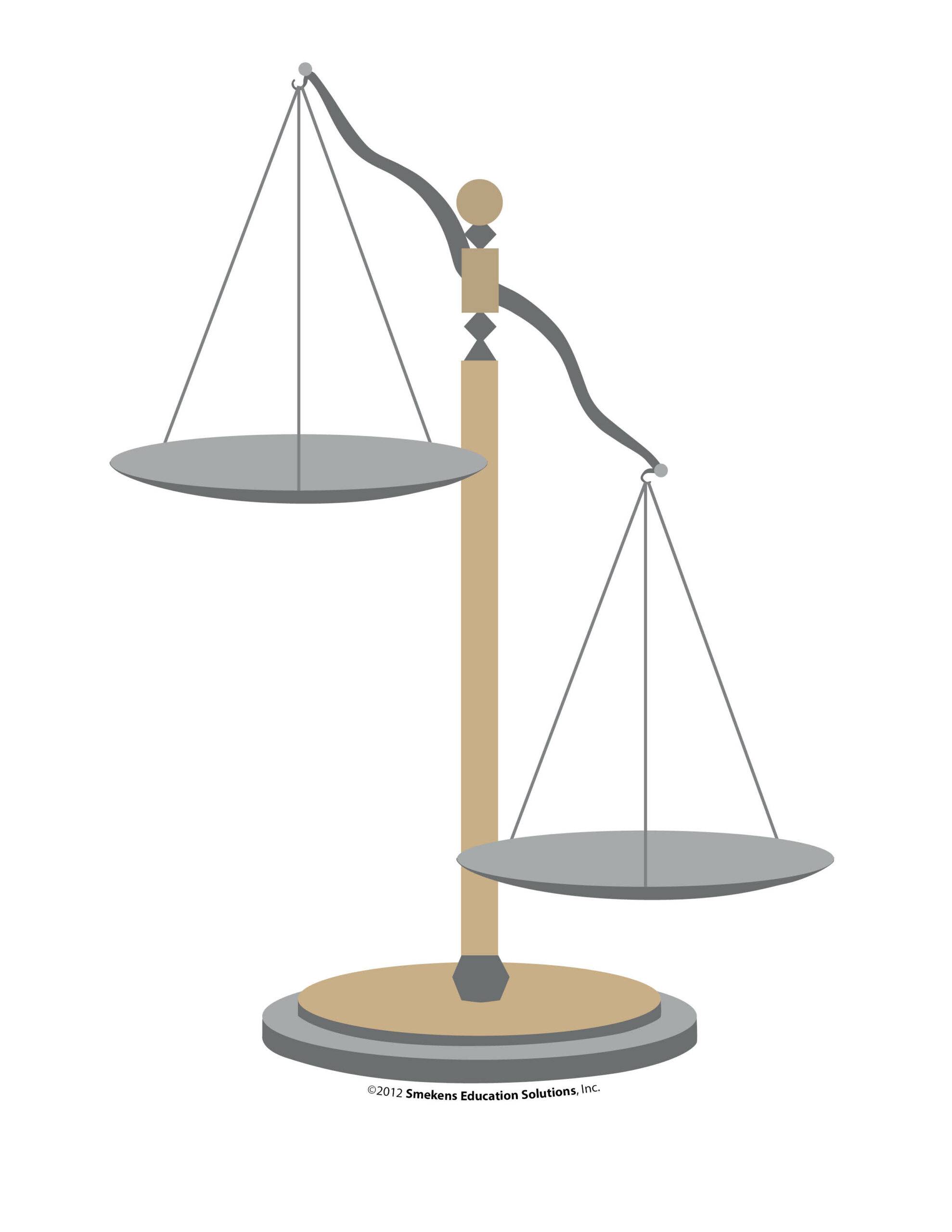 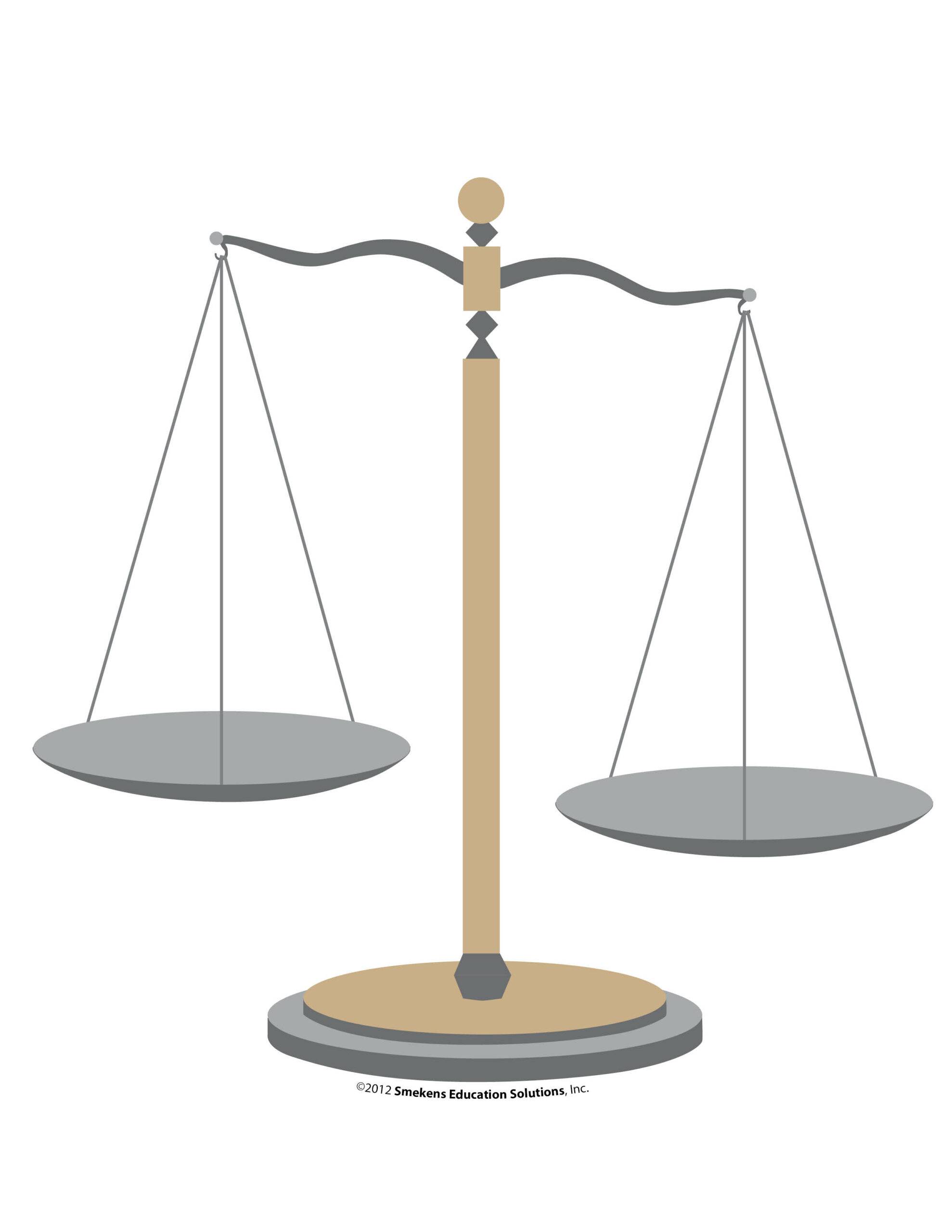 When introducing argumentative writing to students, describe it as a debate on paper—with both sides represented by facts, evidence, and relevant support. It’s similar to the closing arguments at the end of a Law & Order episode. Consider showing clips of the closing arguments from various trial scenes. Students have to perform a similar role in their writing; they have to be both the prosecutor and the defense attorney. They have to roll out the key facts of the case, the issue, for both sides. Although they are definitely more for one side, their writing has to include valid points from the other side.

A second strategy to introduce argumentative writing is to reveal two essays on the same topic–one that’s written persuasively and one that’s written argumentatively. Before writing arguments with two sides represented, they have to be able to identify them in anchor papers. Charge students to read both essays and highlight every sentence as either a claim helping the writer’s argument (highlight those sentences in yellow) or a valid counterclaim from the opposition (highlight those sentences in pink). Students will quickly see that argumentative writing is more balanced and offers facts on both sides, whereas persuasive is all me and what I want. (Access two essays on Animal Testing—the black and white handout and the color-coded answer key.) Studying a persuasive and argumentative piece on the same topic helps students see the subtle, but significant differences between them. 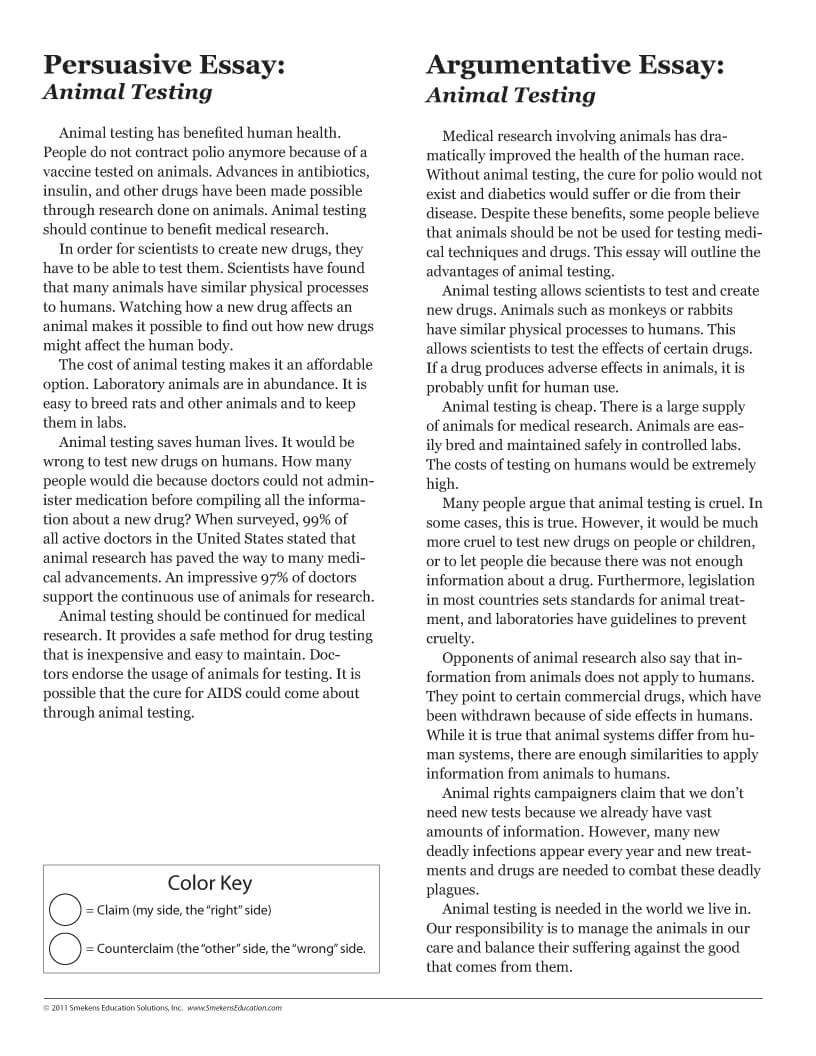 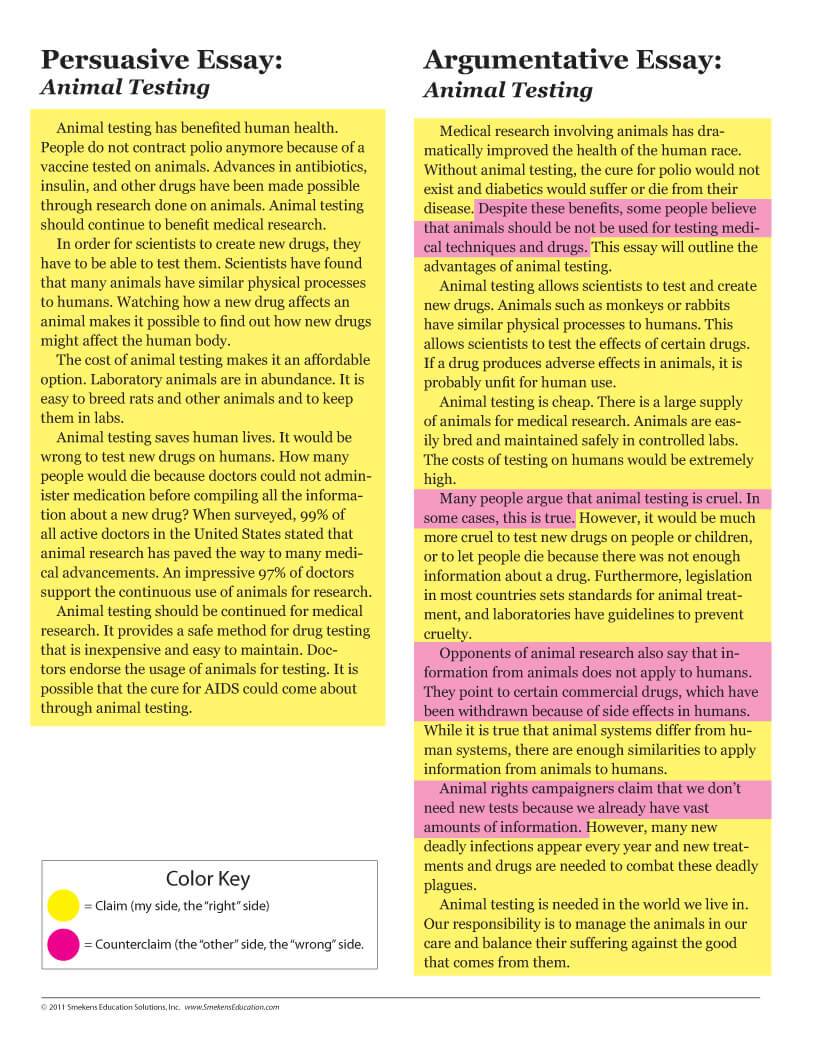 For additional interpretation of the argumentative standards at the secondary level, check out the dissection of the middle school and high school Common Core State Standards. 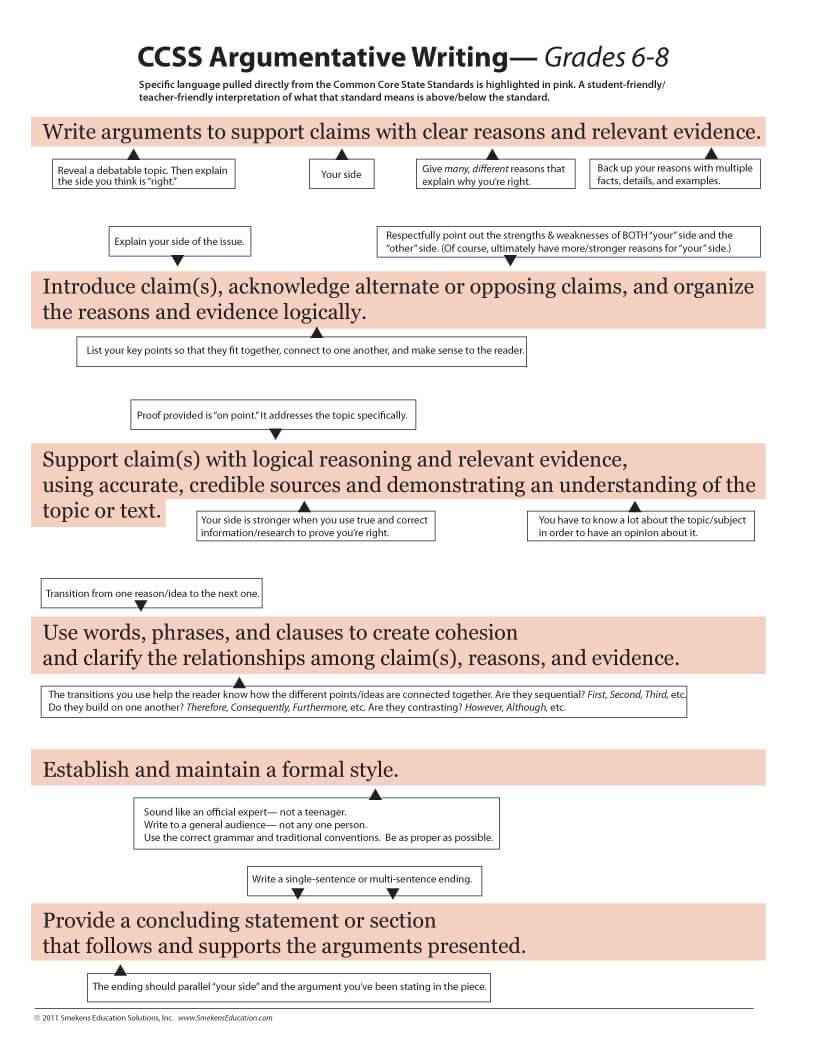 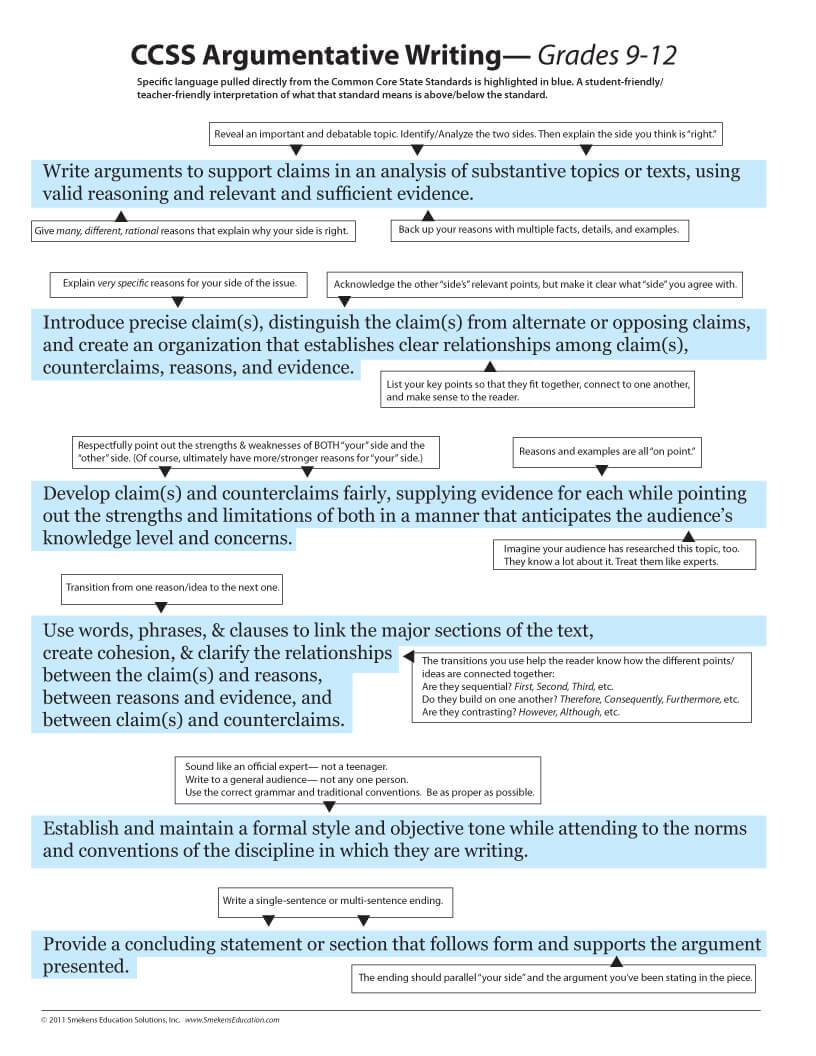 Thank you for providing detailed and distinct explanation between the different writing styles. 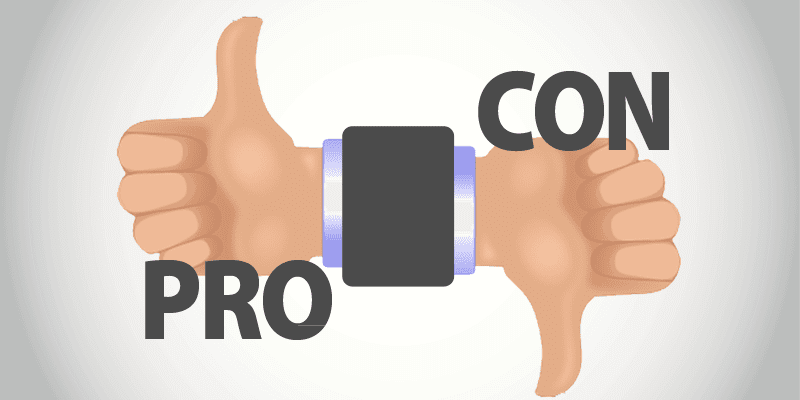 Advance Students from Opinion to Persuasive to Argumentative 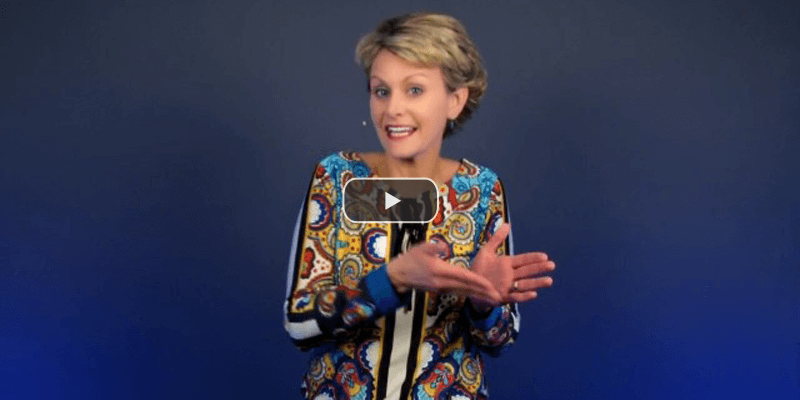 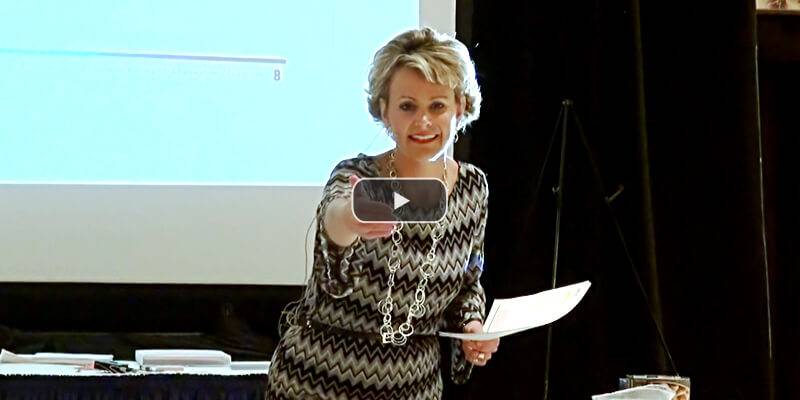